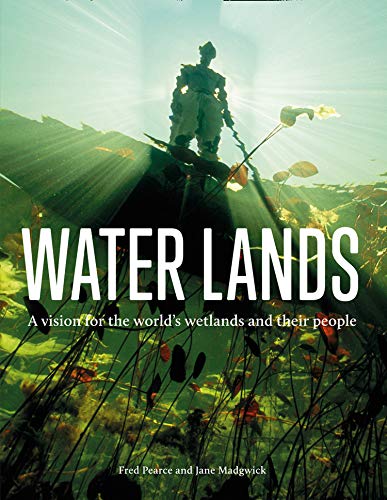 Water Lands: A vision for the world's wetlands and their people

Where water meets land, life abounds. This is the story of the nature and people of the wetlands of the world.From Wetlands International comes Water Lands, a beautifully illustrated book about this life-giving, global ecosystem.From the peat bogs of Ireland to the bayous of Louisiana; from the flooded forests of Cambodia to the permafrost of Siberia; from the mangroves of the Ganges Delta to the ‘everlasting swamps’ of the Nile; and from the marshes of the Brazilian Pantanal to the boggy upland pastures of Tibet, wetlands are in-between and ever-changing worlds. Sometimes wet and sometimes dry, sometimes land and sometimes water, sometimes saline and sometimes fresh; they change character with the seasons, or may lie dormant for decades before bursting into life.Through this highly accessible book, the authors tell intriguing and untold stories of how people interact with wetlands around the world, from the mountains to the sea. They emphasise how wetland communities have shaped and nurtured natural resources over the centuries – and how vital this knowledge and practices are in shaping future plans for managing land and water. They assert a positive narrative for wetlands and their role as climate buffers and in preventing and reducing droughts, floods and human conflicts over water. Water Lands brings together a world of experience and presents a new vision as well as real-life examples, to inspire and influence actions to revive wetlands.Wetlands International is the global not-for-profit organisation dedicated to safeguarding and restoring wetlands for people and nature. Their vision is a world where wetlands are treasured and nurtured for their beauty, the life they support and the resources they provide. With 20 offices around the world, Wetlands International has a strong global presence and a wealth of experience. 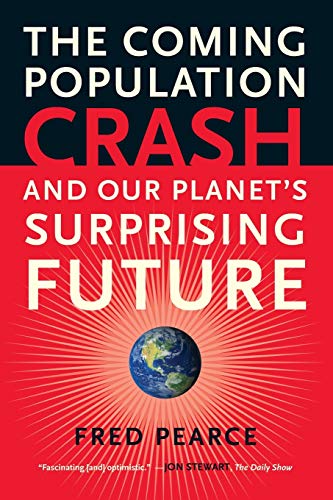 The Coming Population Crash: and Our Planet's Surprising Future

A leading environmental writer looks at the unexpected effects—and possible benefits—of a shrinking, graying population  Over the last century, the world’s population quadrupled and fears of overpopulation flared, with Baby booms blamed for genocide and terrorism, and overpopulation singled out as the primary factor driving global warming. Yet, surprisingly, it appears that the population explosion is past its peak—by mid-century, the world’s population will be declining for the first time in over seven hundred years. In The Coming Population Crash, veteran environmental writer Fred Pearce reveals the dynamics behind this dramatic shift and describes the environmental, social, and economic effects of our surprising demographic future. 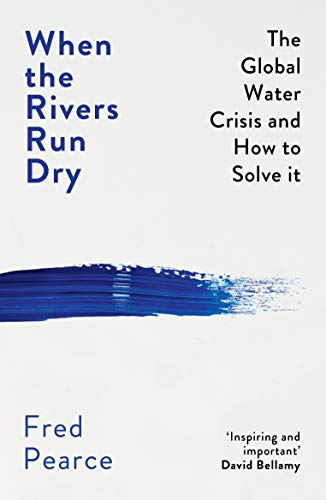 When the Rivers Run Dry: The Global Water Crisis and How to Solve It

FULLY UPDATED FOR 2019 We cannot live without water. But with 7.5 billion People competing for this single unevenly-distributed resource, the planet is drying up. In When the Rivers Run Dry, Fred Pearce explores the growing World water crisis, from Kent to Kenya. His powerful reportage takes us to places where waterways are turning to sand before they reach the ocean; where fields are parched and crops no longer grow; where once fertile ground has turned to desert; where wars are fought over access to water and cultures are dying out. But he offers us hope for the Future - if we can radically revolutionise the way we treat water, and take Personal responsibility for the water we use. This landmark work, from a respected and accomplished scientist, will transform the way we view the water in our reservoirs and rivers, and change the way we treat the water in our taps. 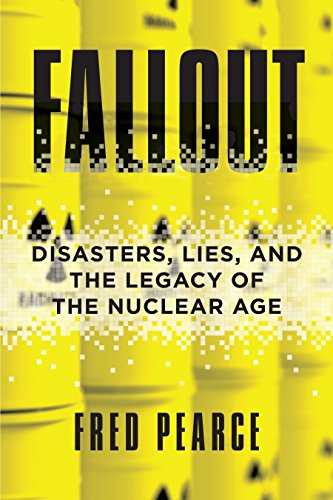 Fallout: Disasters, Lies, and the Legacy of the Nuclear Age

An investigation into our complicated 8-decade-long relationship with nuclear technology, from the bomb to nuclear accidents to nuclear waste.From Hiroshima to Chernobyl, Fukushima to the growing legacy of lethal radioactive waste, humanity's struggle to conquer atomic Energy is rife with secrecy, deceit, human error, blatant disregard for life, short-sighted politics, and fear. Fallout is an eye-opening odyssey through the first eight decades of this struggle and the radioactive landscapes it has left behind. We are, he finds, forever torn between technological hubris and all-too-human terror about what we have created.At first, Pearce reminds us, America loved the bomb. Las Vegas, only seventy miles from the Nevada site of some hundred atmospheric tests, crowned four Miss Atomic Bombs in 1950s. Later, communities downwind of these tests suffered high cancer rates. The fate of a group of Japanese fishermen, who suffered high radiation doses from the first hydrogen bomb test in Bikini atoll, was worse. The United States Atomic Energy Commission accused them of being Red spies and ignored requests from the doctors desperately trying to treat them.Pearce moves on to explore the closed cities of the Soviet Union, where plutonium was refined and nuclear bombs tested throughout the '50s and '60s, and where the full extent of environmental and human damage is only now coming to light. Exploring the radioactive badlands created by nuclear accidents--not only the well-known examples of Chernobyl and Fukushima, but also the little known area around Satlykovo in the Russian Ural Mountains and the Windscale fire in the UK--Pearce describes the compulsive secrecy, deviousness, and lack of accountability that have persisted even as the Technology has morphed from Military to civilian uses. Finally, Pearce turns to the toxic legacies of nuclear technology: the emerging dilemmas over handling its waste and decommissioning of the great radioactive structures of the nuclear age, and the fearful doublethink over the world's growing stockpiles of plutonium, the most lethal and ubiquitous product of nuclear technologies. For any reader who craves a clear-headed examination of the tangled relationship between a powerful Technology and human politics, foibles, fears, and arrogance, Fallout is the definitive look at humanity's nuclear adventure. 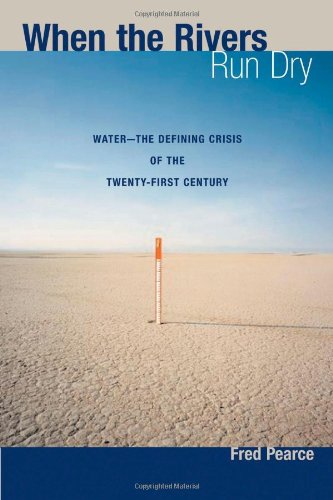 When the Rivers Run Dry: Water--The Defining Crisis of the Twenty-first Century

In this groundbreaking book, veteran Science correspondent Fred Pearce travels to more than thirty Countries to examine the current state of crucial water sources. Deftly weaving together the complicated scientific, economic, and historic dimensions of the World water crisis, he provides our most complete portrait yet of this growing danger and its ramifications for us all. Named as one of the Top 50 Sustainability Books by University of Cambridges Programme for Sustainability Leadership and Greenleaf Publishing. 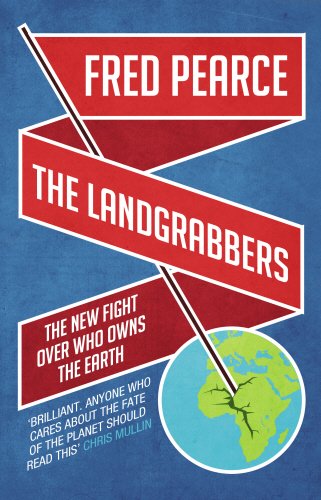 The Landgrabbers: The New Fight Over Who Owns The Earth